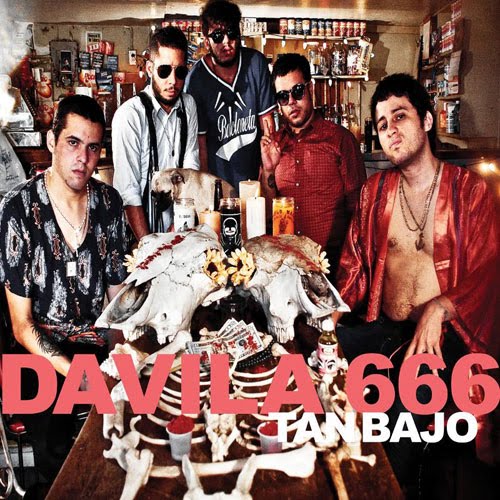 So I went to see these guys last week, but due to my own foolish overindulgence I missed a good chunk of the show. Unfortunate, for how many Peurto Rican garage rockers get to Detroit? What I did hear was pretty damn good though. Therefore, I have take the time to listen to some of their albums in the massive amount of downtime I got. Naturally, the recorded version is clearer, being less drunk helped with that too, and while I can't understand Spanish it is catchy as hell. Lo-fi, charming vocal style, and somewhat minimalistic instrumentation makes it not exactly surprising yet very pleasing to hear. Feels like most of the songs be the theme to a sweet for a Spanish-language show I could only pretend to know what about. Which is saying if the job of a theme song is to get one excited then this band does it well.
To be had here:
Dávila 666 - Tan Bajo [320 bkps]