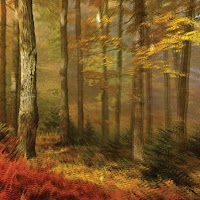 People of the North is more or less a side project, if not an alternate version of, Onedia, the spectacular Brooklyn-based experimental band that we should all know and enjoy. Kid Millions and Bobby Matador have adopted this other moniker for a very krautrock-esque psychedelic album Deep Tissue. Damned minimal and eerie as all get out, this shit is pretty swell. If I had to place it I'd put it somewhere between Faust and Suicide and Onedia's usual outlandishness. It does feel rather elongated and otherworldly, so you gotta be down for relaxing and having a good listen to make the most of it. After really getting into all that Peaking Lights and Parts & Labor again as of late this is a fine compliment, so if we were about that jazz grab this up as well.
To be had here:
People of the North - Deep Tissue
Posted by Antarktikos at 9:51 AM