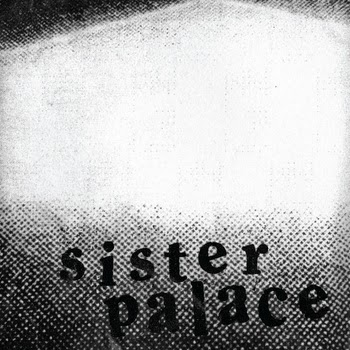 Sometimes I get jealous of how Amazing Larry lives in Portland, Oregon. Especially so considering all the fine music I find in the submissions from that city. I imagine that if I lived there I could go to shows all the time, see all the stuff happening with my own eyes. Then I recall I live in a city with a ton of music and I don't go out and see it here, opting to let people send me music so I can sit down with a book and a drink as I listen instead of standing around and overpaying for cheap beer. I guess I am saying keep sending these albums my way, just like Sister Palace has by sharing Count Yr Blessings.

Portland's Sister Palace makes a kind of lo-fi, mildly noisy pop songs. Subtly is a key element to the songwriting, with the most pronounced of all features often being the clear, stark and quite alluring singing of the female vocalist. Though is isn't the singer, as it is most charming demonstrated in the final track of the album. Often instruments hums, whine and jangle behind them for beautiful stretches of sad lyrics, and then in parts without words they cut loose to show their shoegazing noise-making full potential. It is a lovely juxtaposition to base to songs' structures upon. Mildly experimental, quite melancholy and a fine listen.

To be had here:
Sister Palace - Count Yr Blessings
Posted by Antarktikos at 10:35 AM