The Future Primitives - Songs We Taught Ourselves (2013) 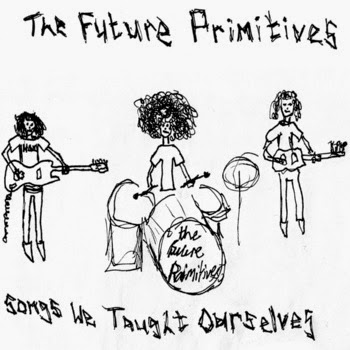 The much awaited new release from South Africa's premium garage rock outfit, the Future Primitives. Before I let too much out of the bag, this is an album of covers, which if heard without looking at the titles can be really fun trying to place who did them originally during your first listen. I won't say I got them all, but [spoiling begins here] I was so jazzed to hear the Index's righteous "Israeli Blues" that I almost told the homeless dude outside my place about it. Now I know covers are a mixed bag sometimes, but I think garage rock is my absolute favorite way to here anything covered. And it is nothing new for garage rockers to do so, in fact it is a staple of the genre to cover classics. However, most of these tracks aren't from the usually selected sources and it is a credit to the band's knowledge of fine tunes and lo-fi skills to make this endeavor come off so flawlessly. From the Primitives to the Milkshakes to Bo-Weevils they didn't take a misstep. Can't recommend this download enough to anyone that even thinks they might like garage rock.

To be had here:
The Future Primitives - Songs We Taught Ourselves
Posted by Antarktikos at 1:08 PM