Here are some of the singles I've been meaning to post, mostly following up with artists I've previously posted.

The newest couple of songs from Go Cozy. After the two wonderful tracks they released back in August's Glimmer single, I've been looking forward to hearing more from this band. Excellent lo-fi shoegaze/dream pop.

Experimental noise/math/whatever. It jumps around and attacks the ears in a real exciting fashion. Sometimes it reminds be of warped video game music but differently than chiptune. I posted this fella's music before, specifically Ibercius Fasms, under the name Kyle Haish. 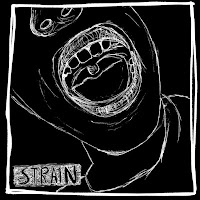 This is a digital 7" I was sent without terribly much info. I can say it is loud, distorted punk rock. Tons of energy and pretty psychedelic guitar. A solid 7" in my opinion.

This isn't a free one, but it is rather local to me and is exactly the sort of music I love about southeast Michigan. Ypsilanti's Bad Indians are garage rockers who can serve as successors to groups like the Hentchmen, the Go, or the Gories. I posted about their 2010 album, Don't Hang That (On Me), which is free digitally.

Posted by Antarktikos at 2:00 PM