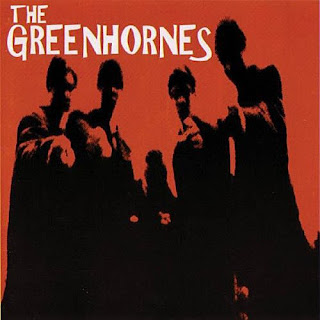 After posting Holly Golightly I in turn found myself wanting to post other artists I've always enjoyed in garage rock but haven't posted as of yet. The Greenhornes were the most evident, largely because I've found it is one of the few albums that doesn't drive me insane to hear at the shitty single speaker that is all that works at my job's sound system. The Greenhornes are from Cleveland but two of them have managed to get themselves mixed up in that mess that Jack White and Brendan Benson have unfortunately unleashed on us all. Regardless, I really like the Greenhornes, and especially this album's heavy use of organ. Along with the Hentchmen, the White Stripes, the Dirtbombs, and the Compulsive Gamblers this band was one of my entries into the fantastic world of lo-fi rock and roll. Golightly did do a song with them, but not on this release, so I with more than likely be throwing up more of these guys.
To be had here:
The Greenhornes - Gun For You [192 kbps]
Posted by Antarktikos at 3:13 PM