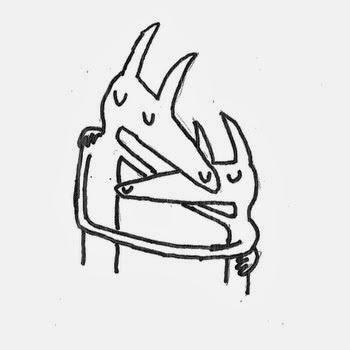 My computer is trying to make writing this blog as tricky as it can, for now iTunes is taking epically long just to import the songs people are sending me. Oh well, when I eventually got Car Seat Headrest off bandcamp and into the library I gave it a go while I read Darkness at Noon and drink some tasty beers. Such a splendid experience was this that I played the again over again kept on reading. Twin Fantasy at first held some unknown nostalgic influence over me until I was able figure that Car Seat Headrest has a certain similarity to the Strokes, largely the first two albums. I don't say this to diminish the quality of the album, but to point out perhaps the best comparison in sound I can muster. It should be said that these guys aren't nearly as subdued as Julian Casablancas murmuring vocals often make the Strokes feel, in fact they've got all manner of shouting, crooning, and even something close to spoken word. Moreover, two tracks are over ten minutes long and don't hardly let up for a moment in their lo-fi rock. All in all, highly enjoyable and well-made if hang-ups aren't allowed to hamper oneself.

To be had here:
Car Seat Headrest - Twin Fantasy
Posted by Antarktikos at 8:36 PM