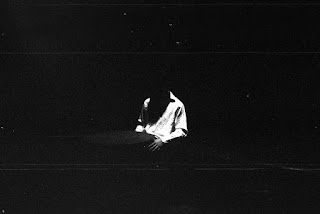 I'm convinced that time of day, temperature, and precipitation all play a role in what we want to listen to. Take today, for example: in Portland it is a typically cold and sopping wet December day, just like weeks worth of days before and days worth of weeks to follow...  and this release by Lìo Dominguez, a singer-songwriter from Haedo, a city about 40 minutes driving distance outside of Buenos Aires proper, is providing the perfect soundtrack to an unabashedly lazy afternoon.

The band has got a severely cool melancholia going on, like a Spanish Velvet Underground. Simple two chord progressions drift effortlessly back and forth, like a pendulum made of feathers and cotton. The vocals give off a similar affectation, but it's simultaneously a honest and natural delivery.  This isn't a sleepy-time listen by any means, but sort of a laze around on the couch drinking coffee because it's shitty outside kind of listen. If Olympia, Washington's K Records had existed in Argentina, Lìo Dominguez would have fit nicely into that seen... somewhere between Beat Happening and Some Velvet Sidewalk.