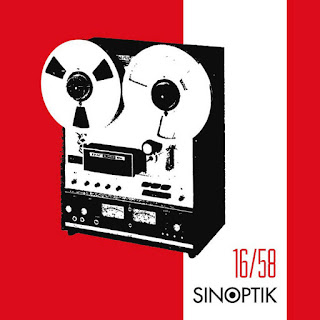 Here again is an prime example of me losing track of a submitted album that was totally undeserving of being overlooked. I hoped my organization would've improved a little by now, but I'm still the same sloppy fool. Hope in one hand, shit in the other and see which fills up sooner, right? Yet, as they say, better late than never.

Now on the bandcamp page it has Chicago is the location of this band, but in the nice email I was sent about them it claims they're actually from Ukraine. The songs, sung in English with a bemusing accent mind you, are a sort of fusion of hard/garage rock with stoner/psychedelic rock. Many guitar flourishes on 16​/​58, crashing symbols and far-out noodling not to be left out either. A little bombast never hurt anyone, I mean progressive rock was a goddamn worldwide phenomenon after all. I genuinely enjoy this type of fast-paced rock and roll. The song "Alex Is Her Name" has become my wake up jam as of late. It's catchy as fuck, deserves to be in an action movie. Similarly I can't shake the tune of "Gold On The Ceiling" from my head. It usually requires a second after finishing the album through. Really there's not a song on the album that isn't exciting and a fine illustration of Western music diffusing around the world and be take on with excellence by musicians elsewhere.

Also, be sure to read the delightful text on the bottom of the bandcamp page, it is one of the better album descriptions I've seen on there, even if it seem less than fully accurate.