This is pretty much what I have spent all my waking time at my computer listening to for the past 2 days. Tin Cohen is some sort of magic user, who is the lead singer of the Fresh & Onlys and involved in any number of other projects. Still he find the time and creativity to make solo albums that are radically different than most of his group work. Unlike the garage rock of the Fresh & Onlys or the metal of AmocomA that he makes, this is lo-fi chamber pop/bedroom pop tunes. It changes it up enough that finding references to similar music is a bit of a mental work out for my sleepy brain. Best I can summon is James Ausfahrt's less electronic songs, the recently posted Spook House's less guitar laden songs, and so on. Basically the albums are simple and then out of nowhere they feel complex, but I don't know what that means so maybe it isn't good to write down. Basically, trust me on this one: Cohen is a genie in man's skin and beard.
To be had here: 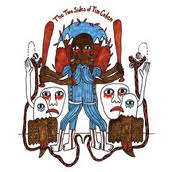 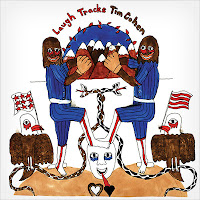