Sonny And The Sunsets - Tomorrow Is Alright (2009) 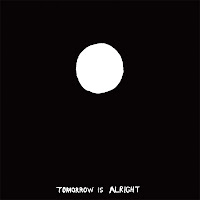 More than likely I am only the latest in a stream of people to recommend Sonny And The Sunsets. Personally I've heard it popping up in all sorts of strange places, such as the Sklarbro Country podcast. It is impossible to resist the compulsion to share the cheerful tunes of that they put together on Tomorrow Is Alright. They sound very much like the Beach Boys from the Pet Sounds and Smiley Smile period. Simply put, it's softly glowing pop music that is sweet, romantic and catchy. The best part is that they take that motif and twist it up, with lyrics that are a bit salty and absurd for the style, such as in "Planet of Women." You'll understand once you hear it. Almost in a weird nod to the Beach Boys they even titled a song "Bad Vibes & Evil Thoughts," but that's pure speculation on my part. An interesting note is that this band was formed by a filmmaker in San Fransisco and its membership doesn't seem hard and firm, but rather involves the talented musicians he knows, including the recently posted Tim Cohen. If you're late to the party on this band like I am I suggest you hesitate no longer and give them the old college try.
To be had here:
Sonny And The Sunsets - Tomorrow Is Alright [192 VBR kbps]
Posted by Antarktikos at 10:02 AM