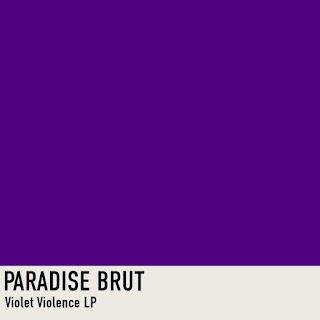 So people are compelled to make music, well, many people are compelled. Not all of them are terribly good at it, not that that's a reason not to keep making it (unless there's gonna be the new Billy Joel or something equally ultra-horrific). However, it is even less common for someone to be awesome at two genres of music, and then to be a bedroom recording artist at that. Nonetheless, our friend Dani in Madrid has managed this feat.

A couple of times I've posted on a very noisy, messy garage rocker that uses the moniker King Cayman. You might recall how those albums are best heard loudly and with a beer in your system. Well, he has translated that notion into electronic rock with this release. It holds much of the same spirit as his garage punk music, but grinds it down to a sparser core that is only thereafter elaborated with electronic affectations. Few vocals are heard, though when they rarely do show up they are with his customarily spooky effects. Yet this is not where your focus should be. It is in the fundamental breakdown of lo-fi rock that he's offering up. I mean this in the same since that when you crush an orange it yield delicious juice, he's managed to mush up garage rock into core elements and giving them a wholly new texture. He's taken the components of most good lo-fi rock; angst, excitement, confusion and irreverence, and made them into bare sounds. It is like imagining your own irregular heartbeat and somehow knowing it has universal currency. I adore it.

To be had here:
PARADISE BRUT - VIOLET VIOLENCE
Posted by Antarktikos at 11:50 PM