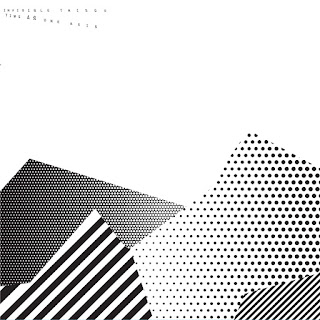 I'm so damn stressed about being back in school. I remember, years ago, when I first went to college ... there was almost always that one much older person in the class. Well, that's me now. And I can't fuck around like I did 15 years ago when I was first a student. People look at me like I know something they don't ... like if they look closely enough at the grey in my hair they'll see fucking algebraic equations etched in the cuticles. The Beliebers in my psychology class can try to sniff answers out of my wrinkles all they want, but they'll be disappointed to find they're only smelling the black licorice deodorant I drunkenly purchased off Etsy last week.

Age rarely means wisdom, as we are only as wise as we fool people into "beliebing" we are.

Mark Shippy must be an exception to this rule. Once a guitarist for the famed deconstructionist rock pioneers, U.S. Maple, he's just released this explosive record along with drummer Jim Sykes from noise rock band, Parts & Labor. Shippy's guitar work brings to mind his atonal mindfuck style from the 90s, where your preeettttyyy sure whatever he's doing to that guitar is highly illegal. But the chaos is reigned in, somewhat. These songs do feel like songs... nothing one could dance to, but there is structure in here, somehow. The end result is a really engaging experimental rock record. For fans of the above mentioned bands, and for anyone who remembers the heyday of Touch And Go and Skin Graft. Maybe Marnie Stern and Deerhoof, also.

Invisible Things - Time AS One Axis
Posted by Amazing Larry at 7:58 PM