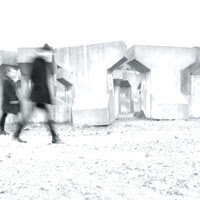 Sunken Seas – High Rise (2013)
I love Acid Mothers Temple, and I got a distinct whiff of that band in this first EP from New Zealand’s own Sunken Seas. Layered psychedelic guitar effects hang over a driving, constant beat that eventually introduces a pulsating riff. If you like your rock and roll to be spacey and experimental without losing its rock sensibilities, this is a record for you. As I pull on my work clothes, this is the kind of music I want to hear. 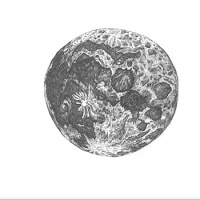 The Inverted Orange – ST (2013)
It was a psychedelic morning here at SpaceRock when I played through the aforementioned release and then this nice release from Prison Art records in Brooklyn. I assumed someone had spiked my coffee with acid, but then I realized I always eat an omelet with magic shrooms. This release is more on the bedroom pop, reverb heavy side of the equation and would be a fine wake up set for any of you struggling to face another day as a mindless wage slave. 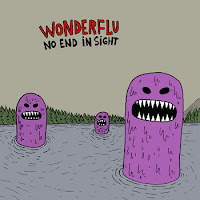 Wonderflu – No End in Sight (2013)
I am on to my drive to work. Lots of assholes moving in and out of traffic. I catch a view of a kid on a skateboard and wish I would have chosen that form of transportation to get to where I need to go. France’s Wonderflu only added to my angst, with their fuzzy 90s inspired power pop and more-than-pissed vocal delivery. 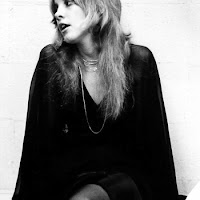 Gasoline Eyes – Gasoline Thighs (2013)
Speaking of kids, this group from Los Angeles is made up of lads all still in high school. That pisses me off, because this is great lo-fi garage rock that only makes me think of the wasted years I spent as a teenager trying to bang cholas and get trashed. It is pretty lo-fi and heavy on the fuzzy side of rock, but if you read this blog you probably think that is a good thing. I do, and I dig this shit. 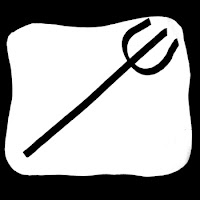 Sneeky Creeps – Bell St. Radio (2013)
Fuck, my boss is a dick. So what if the woman in the cubicle next to me is a uber-Christian and doesn’t like the sweet sound of Slayer? Ok fine, I’ll put something “nicer” on. The Sneeky Creeps are two dudes from Kansas City that make some pleasant mid-tempo trash rock. I really loved this sound back in 1999, and I am glad to see some folks are still out there doing it right. 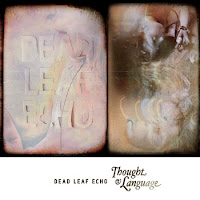 Dead Leaf Echo – Thought and Language (2013)
I don’t know about you, but the last 3 hours of my work life is a drunken haze. Today especially so. Too many people have pissed me off, and I need music that will relax me and take me to a different place. Thankfully Dead Leaf Echo has come along with their outstanding new shoegaze release. Tracks like “Kingmaker” provide the lush vocal/guitar harmonies that you have come to expect from the genre, and give me a taste of relief from the terror that is cubicle life.
Posted by Elvis Dracula at 8:30 PM