Some fine submissions from the last two months that I am just now getting around to posting. 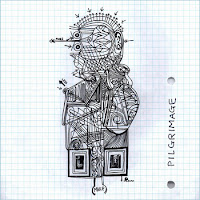 Pilgrimage – EP (2013)
Some great twinkly post-rock from Florida.  If you had told me these guys toured with the Appleseed Cast in 2004, I would not have doubted you. These kids could ride that new wave of Emocore that seems to be picking up steam from the East, but without all the residual style crap that modern radio has put on the style. “Police, Don’t Shoot me” is my favorite track off this EP, with its dueling guitar licks and full-throated impassioned growling. 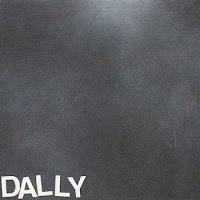 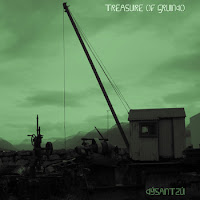 Treasure of Grundo – Dýsantzú (2013)
I was worried I was in for an audible pummeling when I read this band’s description and saw the cover to the record. Industrial noise is getting less and less play on my turntable in the last few years. Perhaps an effect of growing older and more boring perhaps, but likely that I simply have lost contact with some of the stronger acts putting that kind of music together. But I was pleasantly surprised by what I found on this Netherlands based bands record. This is cinematic stuff that is much closer to gloom-pop than anything I expected to find. “I Karestan” is the standout track on this bad boy. 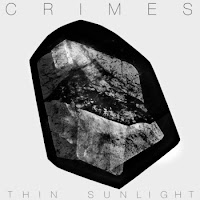 Crimes – Thin Sunlight (2013)
Now this is what I’m talking about.  Reverb heavy garage rock with girl/boy vocal harmonious from Minneapolis? Yes please! I am sure these kids are tired of being compared to the Raveonettes, but if you are a fan of that style of garage rock, you have no reason not to buy the vinyl Crimes is selling. The well constructed vocal harmonies separate them from the pack (see the track “Wind Thistle”), and since they are going on tour this summer, you should catch them when they come to town. You know they will have nothing but shitty beer on hand, so help a touring group and buy them some top-shelf shit.
Posted by Elvis Dracula at 5:06 PM