Mythomaniacs Are Right - There Is No Such Thing As Death, Life Is Only A Dream And We Are The Imagination Of Ourselves (2011) 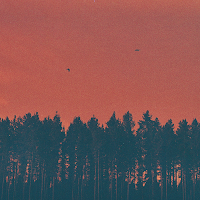 A Chilean artist who has got a real bead on musique concrète. Taking cues from sonic experimenters like Pierre Schaeffer and Noah Creshevsky, Mythomaniacs Are Right combines electronic and acoustic sounds along with spoken word and older recordings to create something provocatively bizarre. Not gonna lie, as I'm unemployed I took the liberty of enjoying this particular album very drunk at three in the morning the other day. Pretty great time, and I know I haven't done it much justice in how I've described it so far. It is certainly swell to listen to and feels surprisingly orderly for something with such a premise. Anyhow, the digital copy is freely downloadable on bandcamp and the cassette tape version is $5 through Already Dead Tapes.
To be had here:
Mythomaniacs Are Right - There Is No Such Thing As Death, Life Is Only A Dream And We Are The Imagination Of Ourselves [320 kbps]
Posted by Antarktikos at 11:16 PM