I got so many EPs lately that I had to break some of them off in some way. so seeing as how Fun Guns have two EPs out already this year they seemed the prefect candidate to write a full post for. Now I believe they're a Los Angeles based group that plays garage rock/folk with a very bluesy style. Features rather lovely lo-fi vocals along with folksy and surf elements mixed in. Why they've done a pair of EPs in the beginning of this year instead of a full-length is curious, but then again it hardly matters so long as we get to hear the songs. Best I can endeavor is that the songs where of such different sorts they split them up. However, it is certain is that this band knows how to make some really awesomely lo-fi garage rock songs on Sleep When You're Dead. In addition they've got a sweetly hazy folk sound on This Frontier, and I was enthralled especially by the stripped down tune, "Calligraphy." Make sure to check out both, I think Fun Guns are on to something.
To be had here: 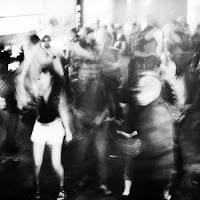 Sleep When You're Dead 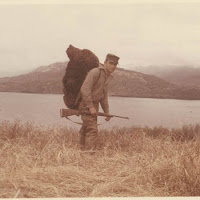 This Frontier
Posted by Antarktikos at 1:26 PM