The Future Primitives - Into The Primitive (2013)

Hello pilgrims, been a minute since I've posted. Life got busy as it does, and I was in the process of relocating to Connecticut from Detroit as I've grown weary of the Motor City and I have an deep existential dread of dying in the same area I was born and raised in. So my buddy had a spot at a house in the suburbs of Hartford, CT and there I sit now, just need to find some steady work (yes, this is a cry for help). More importantly I wanna thank Elvis for keeping this blog going while I was experiencing my burnt out and fed up phase in Detroit as my ceiling buckled in from flooding, my boss refused to give me a decent raise and I dropped totality of my saving on an old ass Caprice to escape the city. Without Elvis's contributions this blog would have gone silent and that would have been a shame for all the wonderful musicians getting some much needed promotion here, so I thank him again for keeping it going so admirably. 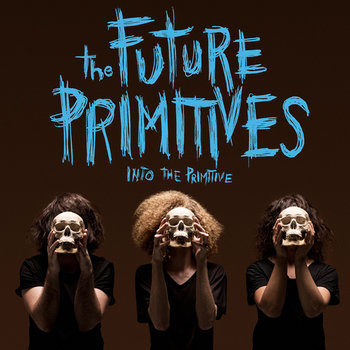 Now for the music, a returning favorite of mine and my favorite band from South Africa (admittedly not the longest list), The Future Primitives. They have released a new full-length and it is every bit as righteous and rocking as there previous work. There skill and musicians and songwriters is developing nicely as the songs, while a raw, distorted and so very sweetly lo-fi sound to be composed with more care and attention. It really allows the guitar playing to absorb a keen listener with the drums hypnotically seducing simultaneously. As with there previous releases this is a great mixture of psychedelic and Dick Dale-esque surf. These guys are truly something else and if you haven't gotten a chance to hear there earlier work I recommend it all. Freely streamable on bandcamp, and a paltry $7 to download for keeps.


To be had here:
The Future Primitives - Into The Primitive
Posted by Antarktikos at 10:26 AM