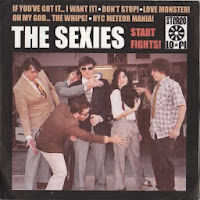 The Sexies – Start Fights! (2006)
I play in some bands with some of these kidos (and I should mention that I am playing a role in putting out this cassette), but this EP really is a standout garage rock set that perfectly captures the mid-2000s out in the deserts of the Imperial Valley. This is a band well studied in the Nuggets box sets, and is unashamed to wear those influences out front. Wacky, ridiculous lyrics that don’t feel out of place for a moment. You were probably drunk when you first heard them anyway.

Recorded right to cassette using an old boombox, this EP is surprisingly well polished considering the tools used. While they have long been deceased, I dare you to not listen to “Oh My God! The Whips!” and not pump your fist along with the infectious, fuzzy riff of goodness. The cassette has dozens of other tracks from the band’s lifespan, so get them before they are all gone. Un.Real – EPICO (2013)
I don’t know what the rock scene is like in Puerto Rica, but if this band is any meaningful measurement, British shoegaze music has found inroads far from London. This excellent free EP comes from a group that has been at it for some time and has polished this sound over the last decade. This record comes just as the shoegaze esthetic has gained popularity yet again and will likely find its way onto some websites “best of” list. 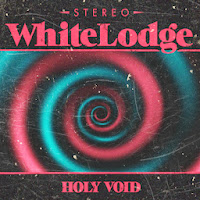 White Lodge – Holy Void (2013)
This Australian band was on a recent grab bag, but their new EP is just as awesome as the last and deserves the free download you will surely provide. You know the drill: snarling, pissed, and fun psychedelic garage rock that builds on the groups already well crafted sound. 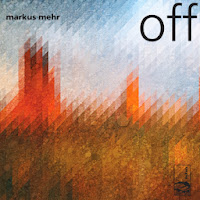 Markus Mehr – Off (2013)
Made up of one long, epic ambient experiment, this is my favorite Mehr record to date. Not music for everybody, but the soundscape created here through loops is pretty impressive stuff. A lot of people make something like this these days, but this is truly exceptional stuff. Thankfully, Hidden Shoal Records has put out a physical release so you may even find it at your local non-existent record store.
Posted by Elvis Dracula at 1:51 PM