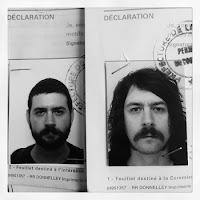 Hugo Clarence – Boogie-Woogie Blues (2012)
No, you have not been magically transported to a run down honky-tonk in 1957, you have just put on the newest release from Lyon’s own Hugo Clarence. In two short songs, the sounds of the American south are processed through a Frenchman’s film and vinyl fused mind resulting in some very “old school” sounds that remain unsettling as they are satisfying. 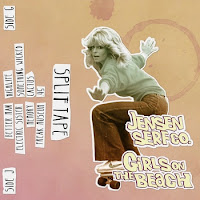 More strong surf revival jams from Orlando’s Girls on the Beach. Their newest piece is something you can put your finger on but can’t exactly pin down to any era or location. This is fuzzy surf rock put to cassette and may be enjoyed by ironic hipsters traveling with their fat old uncle to a Jimmy Buffet concert. Without knowing it, tracks like “.45” may very well end the fights you have been having with your relatives over what to put on while on a road trip in your old sedan. 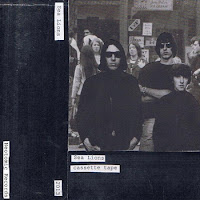 Sea Lions – Cassette Tape (2010)
When I think of Oxnard, California the bubbling punk and skating culture comes to mind, but the city has produced a good number of fuzzy pop acts that were likely not as tough as that aforementioned scene. Bands like the Sea Lions were likely rocking Pavement while playing D&D. Neotomic Records has re-released this tape after it sat in obscurity for a few years, it is just too bad they don’t offer a digital copy for those of us not lucky enough to pick up these pop gems when it was available on tape. 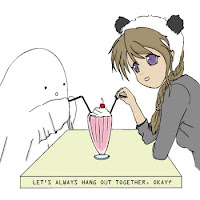 Baby Ghosts – Let’s Always Hang Out Together, ok? (2012)
Don’t always judge a book by its cover. Well, this record you can, but there have been times when folks have submitted covers with cutesy anime characters that featured brutal drill-and-bass music. Nothing like that here on Baby Ghost’s first full length. Pop-punk melodies wrapped together with dueling female/male harmonies, this Salt Lake band’s sound may not be world-shattering, but they have crafted some fun music that would have possibly made it on to a mainstream alternative rock station if they still played music that was an “alternative” to the corporate music scene’s dictation.  I really enjoyed the track “Ghost School,” but I’ll understand if you find your own pop connection on this 12 track LP.

Posted by Elvis Dracula at 3:58 PM