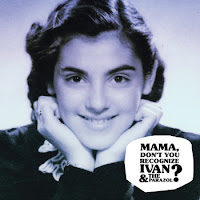 What do you know about Hungary? Not much I assume. Truth is, I don't know much either. I do know that I like Ivan and the Parazol who just so happen to be from the country. They say they incorporate "influences from the the 60’s-70’s new wave genres," and I do hear tints of that, but a lot more from the mid-2000s British garage revival. It is catchy, playful, and willing to just go with what sounds good when need be. My favorite track off their full length is "Swindie (Panic at the 'Background')," which displays a much needed intensity missing from lots of rock music that may very well make the radio in this day and age.

This record also rules for one single reason: it was mastered by a man named Zoltán Takác. How bad ass is that?