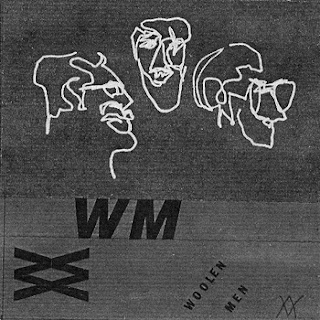 Here's the new release from Portland's hardest working band, The Woolen Men. A few months back I posted their first tape, Pavilion, which came out in 2009. Three years later, they're up to their 6th or 7th tape, I think. This is definitely the second one to drop in 2012.

That's a lot of numbers.

They are simply a great band interested only in writing some of the catchiest pop songs possible. Their songs are well-crafted and reminiscent of The Kinks, Guided By Voices, The Clean, and Camper Van Beethoven.

This release comes as the band readies themselves for a small west coast tour. It's "name your price" for the month of August only, so grab it for free or toss them some coinage.

And if they come to your town, get off your ass and go see them, for chrisakes. Tour dates below.