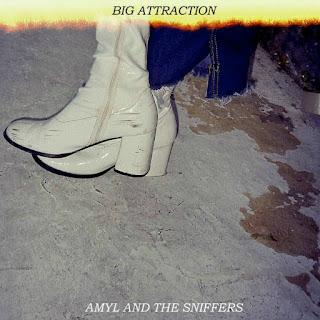 Every morning I wake up disappointed that our president isn't gone yet. Being on the west coast of the US, I feel the east coast has a good 4 hours to greet the sun, roll up it's sleeves, and take out the trash already. I'm sorry, that's an insult to trash. At least trash was, at one point, something we wanted.. something that was useful ... something we chose to own. This president is more like a stepped in pile of shit from someone else's dog, after years of picking up your own dog's shit.

Thank god for this release from Melbourne punk band, Amyl and the Sniffers. It's not too serious, but sexy and dangerous... just what rock music should be. I want nothing more to be in a sweaty club in Melbourne with a bunch of drunk punk Aussies watching this band tear the stage a new asshole. 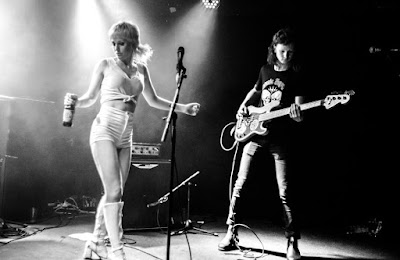 These songs have some serious chops, played by musicians who have done their homework and gotten the sound down pat. It probably helps having Calum Newton in their lineup, a fucking awesome guitarist from Spacerockmountain favorites Lunatics On Pogosticks. But Calum keeps his guitar chops bottled up here, delivering chunky punk riffage, and offering his keen production skills to showcase the real star of the band: the sneering, bratty bite of Amy Taylor, a truly wonderful performer to lead this bunch of dirty, drunk and mulleted rockers from dewn undah.


Name your price. Not a clunker in the lot.

Posted by Amazing Larry at 2:59 PM