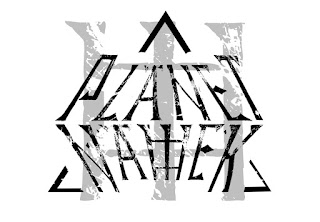 I have a general ignorance of states throughout the midwest and south. But I feel confident in making the blanket statement that they're probably like every state I have lived in: the bigger the city, the more diverse the culture and liberal the people. Outside of cities, you have to look and think like everyone else lest you be a terrorist, a fag, or a .....cuck?

Oklahoma, aside from being a place where garbage lawmakers are trying to shit on the rights of women, seems like it has alright cities, musically speaking. Oklahoma cities have birthed experimental pop bands like The Flaming Lips (from Oklahoma City) and The Starlight Mints (from Norman), the state's cities seem no stranger to more unconventional strains of music. I mean, Hanson was also from Tulsa, but we won't count that against them.

Planet Namek, a Dragon Ball Z reference, are a Tulsa band also of the unconventional bracket, but of the deathcore, grindcore, whatever the hell variety of music this is. Not normally of fan of these genres, but this band is incredibly tight, heavy, and weird. And I love weird music. Although I can't find evidence of one on their Facebook page, they have a keyboard player, which is just fucking bonkers for bands of the screaming and growling variety (two singers here: one screams, the other growls). And was that autotune peaking around the corner? Planet Namek - you so crazy. Seriously a head scratcher, but all the songs on this, their first full length, are entertaining and never dull. Angry, disorienting, and awe-striking - much like how I feel every morning now that everything good is going to shit. But, with song titles such as "ARMPITTSBURG"  and "LUIGI BOARD", Planet Named remind us to not take things too seriously.

Pay whatever you want to download over at their bandcamp page, 9 songs.