What we have here is an all European Grab Bag. As these are what was in the submitted material and what I have been fixated on personally for months now. I cannot get enough of European garage rock and basically anything lo-fi, psych or likewise. So tour Europe with me from French-German joint endeavors to Finland and back to darling Spain, not in that order for whatever reason. 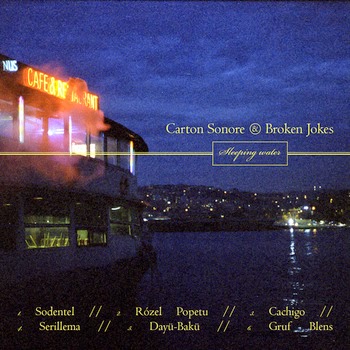 Similar to the Italian-Turkish collaboration on Yellow, this release is a result of the combined multinational efforts of one man each from Paris and another in Berlin. Also, I'd say there's a folksy, acoustic nature with a purposefully Eastern style to both releases that further the association, but here the tracks are instrumental other than some vocal sounds that are sampled and altered in an artful fashion. Reminds one of a Hawk and a Hacksaw, especially the more striped down first album. Only six short songs left me eager to hear more, so hopefully they'll put our more through With A Messy Head (the label putting this out and the previously posted Monster Surprise). 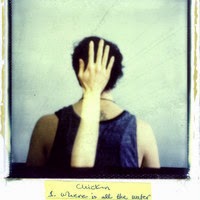 Sure, this is technically a single yet the songs are long so I believe that it qualifies for the Grab Bag easily. Plus after hearing the songs I could not pass up a chance to talk them up. Chickn is an duo from Athens, Greece who are still recent to pulling material out as you can tell. However, you'd ever be able to tell by the bluesy, kraut/psych/garage rock they've got in these 13 minutes of music. High quality, but lo-fi, as it should be. 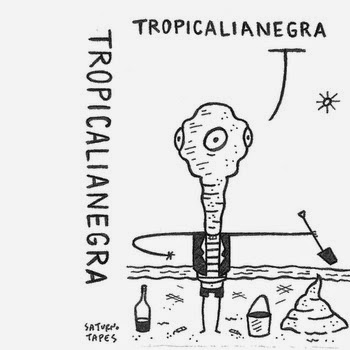 Tropicalianegra is a band that appears to be made up of members of various other groups in separate towns in Spain. The at least got working together long enough to make these four very lo-fi garage rock tracks and get them put out on the Sevilla-based Saturno Records. The songs are fast and punk in tone, and of course I don't know what the fuck they're singing about, but I prefer it that way. Thought it was a short but awesome EP and we can only hope they want to make a longer release that'll be as sweet some time in the future. 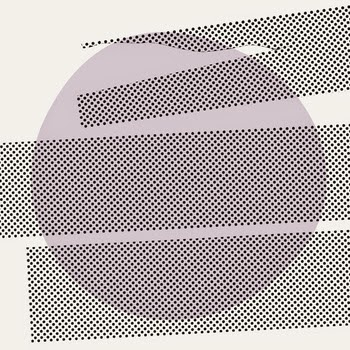 Viennese band that makes post-punk flavored pop tunes. I was trying to come up with something they're akin to and tonight the best I could come up with is Stereo Total, the Franco-German band that made weird electronic pop tunes like a decade ago. Dot Dash does sound more subtle than that band yet just as catchy. The seven inch is put out by the Austrian fettkakao, who seems to be a man and a label at same time. Either that or someone isn't good at translating. 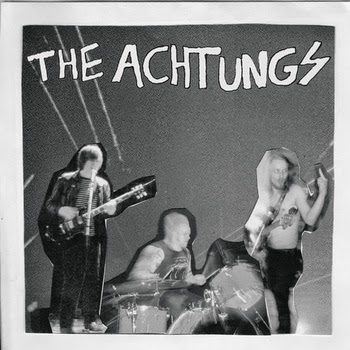 Finnish punk rockers the Achtungs are incredibly lo-fi. The sound is like a 90s garage punk album from the Midwest or Southern United States, but is totally what these northern Europeans are up to right now, at least this band, and for that I am exceedingly happy. Looks like it was originally put released last year but was re-issued but attempts to find a non-digital version where a nonstarter for me. Maybe some Finnish reader out there knows better. Anyhow, they also put out a 7" recently that keeps up the same momentum called Total Punk.
Posted by Antarktikos at 10:04 AM